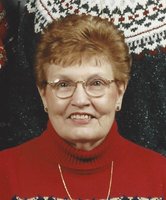 RUBY F. LAWRENCE Ruby F. Lawrence, 91, Sturgeon, MO passed away Tuesday, November 24, 2020 at the University of Missouri Hospital & Clinics in Columbia, MO. She was born August 14, 1929 in Columbia, MO the daughter of the late Bill and Mary (Ott) Neal. On January 7, 1946 she was united in marriage to John Dale Lawrence who preceded her in death on April 13, 1968. She will be sadly missed and lovingly remembered by three daughters Elaine Long and her husband John of Sturgeon, MO, Kathy Long and her husband Chester of Sturgeon, MO and Mary Ruth Smith and her husband Marty of Columbia, MO; one brother Bill Neal and his wife Bernadette of Henderson, NV; five grandchildren Becky Long, Tanya Lee, Carolyn Sohn, Rachel Sparks and Taylor Smith; nine great grandchildren Dusti Smith, Zachary Whitaker, Logan Whitaker, Jacob Whitaker, Dylan Sparks, Gavin Sparks, Shannon Lee Jr., Jessica Lee and Jayden Neal Lee; several nieces and nephews; other relatives and many dear friends. In addition to her parents and husband, one sister Lucille Neal and one brother Marvin Neal preceded Ruby in death. Ruby first worked as a as a homemaker, later she drove a school bus for Sturgeon Public Schools and finally as a C.N.A. at Heritage Hall in Centralia, MO. She was a member of Searchers, the Eastern Star and enjoyed feeding and watching all types of birds, dancing, flowers, cooking and spending time with all of her family. Funeral services will be 2:00 pm Saturday, November 28, 2020 at the Oliver Funeral Home in Centralia, MO. Interment will be in Mt. Horeb Cemetery in Sturgeon, MO. Visitation will be from 1:00 pm until service time on Saturday, November 28, 2020 at the Oliver Funeral Home in Centralia, MO. Memorial Contributions may be made to the Mt. Horeb Cemetery Fund, c/o Oliver Funeral Home, P.O. Box 125, Centralia, MO 65240. Condolences may also be made to the family at wwww.oliverfuneralhome.net