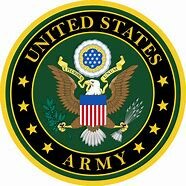 LARRY R. JOHNSON Larry R. Johnson, 77, Centralia, MO passed away Tuesday, August 23, 2022, at his home. He was born December 2, 1944, in Mexico, MO the son of the late Ernest and Ruby (Lynes) Johnson. On September 14, 1989, he was united in marriage to Mary (Graham) Johnson. In addition to his wife Mary of 32 years, he will be sadly missed and lovingly remembered by one son David Johnson of the State of Colorado; one daughter Christine Swanson of Carrollton, MO; a sister Shirley Goodman of Centralia, MO; several grandchildren; other relatives and many dear friends. Larry served his country in the United States Army. He first worked as a truck driver for Civic Recycling, later for Oliver Trucking and finally for Wal-Mart. He enjoyed watching old tv shows and was proud to serve his nation. Private family services will be held at a later date. Memorial contributions may be made to the Centralia Avenue of Flags, payable to the City of Centralia, c/o Oliver Funeral Home, P.O. Box 125, Centralia, MO 65240. Condolences may also be made to the family at www.oliverfuneralhome.net We would like to thank the First responder’s, Ambulance Service, Centralia Police Department and the Centralia Fire Department for their kindness and generosity towards our family at this time.